It has been awhile since the last Broad Strokes broadcast… Broad Strokes is still alive and kicking it! In fact, there’s a show this Wednesday, February 29 at 8:00pm on Washington Heights Free Radio (WHFR). The first show for the year! And what better way to start your Broad Strokes listening off with a First Listen of new music.

This first show of Broad Strokes will test the waters of 2012, featuring new music by the band The Catskills. Presently, a nomad Americana band that you may have known as Object. Nomad, because after the release of Object’s EP, Tomorrowland, band members Eric Kramer and Maria Schettino decided to flee the out of control high stress, and accelerating rent of New York.

They freed themselves of their Brooklyn home, equipped with a practice and recording space, for the open air and more room to truly reflect. A reflection that translates a simplistic longing, that doesn’t beg for approval. Their music now, as Catskills, expresses the generosity that you’d find gripping you at night. Love exists between them, that a lone wolf wanders, and hopes to find in a howl.

Calypso Sally will be your conductor, as we travel and ask hard questions about putting out a record outside the Mecca of record making New York. 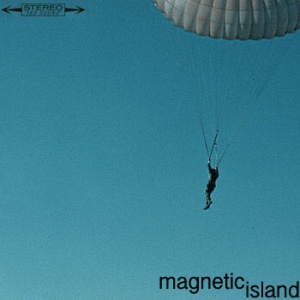 With its complex guitar melodies, and thunderous drumming, Magnetic Island’s self-titled album has revolutionized the Riot Grrl sound of the 90s and taken it to higher heights. Because of the Riot Grrl movement we have such great women fronted bands like Magnetic Island, who thereupon help propel the genre further by fusing punk, experimental rock, etc. taking us deeper than simple chords and or fills.

Magnetic Island, under the direction of one of indie rocks best female guitarist, Lisa Liu shows her aptitude to not only play the guitar extremely well, but also demonstrates qualities of a brilliant composer.  This brilliance is manifested in part by the fact that Liu, a new comer to the drums, played all of the percussion parts for the album, in addition to guitar, vocals, bass and Rhodespiano.

The time is now, blaze the drums, but not in an overbearing manner, Liu’s drumming is clear and precise and works with each song, complimenting every accent of the guitar and vocals. A sense of equilibrium reigns throughout the album as each instrument is well arranged to benefit the overall sound. The songs are driven by the guitar and drums, with bandmate SMV’s vocals and undercurrent melodies on the keyboard. Nothing is accidental or by chance, and every layering of sound has a purpose, and successfully fulfills its positioning, making Magnetic Island one of the most well composed albums that will surely be a contender for best of 2012.

‎“…the oppressed…exist in a dialectical relationship to the
oppressor, as his antithesis-that without them the oppressor could not
exist…The oppressed can over come this contradiction in which they
are caught only when this perception enlists them in struggle to free
themselves.” — Paulo Freire

I wasted them
too much on You: an unspecified person or people in general
word phrases, such as “Fuck them”, even with good intentions
built on good things, I am afraid of losing, and I still want to hold onto, as is

diagrams, making a backlash blueprint, a deja vu
fully endorsed for You to fully forget the previous
a most cunning I, a most depleted but
where’s yours, where’s mine
reminiscent comet
ricocheting the earth’s surface
eclipsing the sun
burning with spinning promise
scattering cinders of hot bread
thoughts shattered across the hemisphere
where You, I, we live.