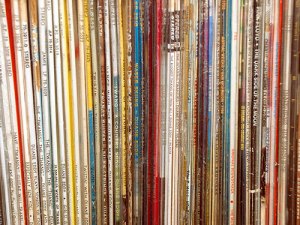 Broad Strokes is a radio show on Washington Heights Free Radio (WHFR) that streams live off the web every last Wednesday of the month.

Bringing you stories, live events, and much more, WHFR tries and remains independent of any corporate sponsorship.  So, if you like what WHFR is doing, you can donate by contacting them at info@whfr.org.  DIY forever baby!

If you missed last month’s show, you can listen here.

The Horror by RJD2
In a Strangeland by Talk Normal
Heart Beat by Nneka
New York is Killing Me by Gil Scott-Heron
Sao Paulo by Flying Lotus
Go Outside by Cults
Love More by Sharon Van Etten
Waves by Holly Miranda
Bad Actors by Flying Lotus
Protest Song by Aloha
Best of Times by Strong Arm Steady
Our Loving Mother in A Pink Diamond by Good Shoes
Want Some Mo’ by Turbo Fruits
Dreams of Dreams by Fang Island
Dark Horse by Gold Streets
A Dream by Magnetic Island
Go Then, Bye by Speech Debelle

The next show is on April 28th with a live acoustic set/interview of the band Magnetic Island formerly known as Renminbi.  I’m totally psyched.

If you’re in a band or you know a band and or singer/song writer that would like to do a show, contact me at: roarplanet@gmail.com.