Adulthood is an illusion. It is an uncomfortable suit of clothes which makes us stiff and complex and at odds with life which is fluid and simple and wondrous.  Paul Squires

I’ve been somewhat neglecting the music out there. With everything that’s been going on, tracking down bands seemed pretty juvenile, but then again, you need music in your life, especially now (see previous music posts here).

So in no particular order here are some talented artists that are neither an illusion nor juvenile:

Renminbi’s Surface.  It’s pronounced REN-MIN-BEE (rénmínbì; literally means “people’s currency”), and they are an experimental, post punk rock band from NYC.  Their EP Surface just dropped and it’s amazing.  Produced by Don Fleming who agreed to work with the band after a myspace message (I’d like to see a copy of that myspace message!), the album makes you want to curl up with your headphones on and zone out into your own world.  These guys are currently on tour.  Faves: Honestly, I love every single one of these songs.

PJ Harvey and John Parish’s A Woman A Man Walked By.   I’m a sucker for PJ Harvey, because it seems like she can never do any musicial wrong.  Every album is a new sound, a different story.  Some may find this album daunting, but I find it very gutsy and courageous.  In this album she teams up with John Parish and you hear a less restricted, a more free PJ Harvey, as she manipulates her voice to different vocal styles.  There’s actual screaming in this album!  Faves: Black Hearted Love, The Chair, The Solider, Passionless Pointless.

The Horrors’ Primary Colours.  The Horrors is a British five-piece garage band that I discovered on emusic.  They combine the punk with the expriemental, sometimes reminiscent of Joy Division.  Faves: Mirror’s Image, Three Decades, Who Can Say, Scarlet Fields, Primary Colours.

Ungdomskulen’s Bisexual.  For the life of me I can’t pronounce their name right, and it’s embarrassing because I’m always like, “OMG you have to listen to Ung…!”  Ungdomskulen is a three piece Norwegian rock band.  They combine a very satisfying mixture of new wave, prog rock and jazz.  With solid syncopated beats, gritty guitars, phat baselines to move your hips to, and infectious vocals that sound familar, but I can’t put my finger on  (if only the IPhone would come out with an app for that), I’m always drenched with sweat dancing to my interpretation of their songs.  Faves: Sleep Over Beethoven, I Dunno, Osaka, Only In Novels, Teenage Tritonus.

White Rabbits It’s Frightening.  The White Rabbits is a six-piece indie New York band.  I must admit at first I wasn’t that into the White Rabbits because for some reason them having two drummers annoyed the shit out of me, but on their latest album, this annoyance seems to be fading.  On It’s Frightening , they sound a little Spoon-ish, no surprise there since Spoon’s lead singer and guitarist Britt Daniel produced the album.  Not that there’s anything wrong with that.  Faves:  Percussion Gun, They Done Wrong/We Done Wrong, Company I keep, Right Where They Left. 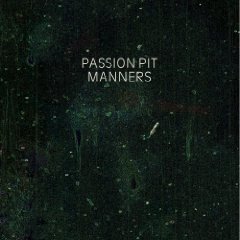 Passion Pit’s  Manners because I couldn’t resist the catchy lyrics, and 80s pop synthesizers mixed with a touch of R&B and house music.  Definitely songs to dance to. Faves:  Little Secrets, The Reeling. 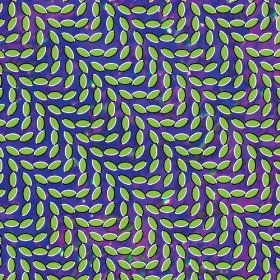 Animal Collective’s Merriweather Post Pavilion.  Animal Collective is just that, a musical collective based out of Baltimore, Maryland.  I love their music because it’s  not pretenious, not over the top, but  takes the kind of risks that I appreicate in a band.  The title of this album is homage to one of the best outdoor venues in the Maryland/DC area. Faves: Summertime Clothes, My Girls, Daily Routine, Bluish